How the Trust lit the way for Queen’s Jubilee Beacons

What an honour it was for the Trust to be chosen to fly the flag for the NHS and light the beacon to celebrate the Queen’s Platinum Jubilee.

The Tameside beacon was one of over 3,000 across the UK and the Commonwealth making for a spectacular evening of celebration, which culminated in the lighting of the principal beacon, at Buckingham Palace.

It took months of planning and the Trust worked with Tameside College to make it a very special local event. Welding students at the College were given old and broken hospital beds and, with the help of design colleagues, fashioned them into a crown-shaped beacon fit for the occasion. And, instead of the traditional gas flame - and in keeping with the Trust’s green agenda - the distinctive blue of the NHS shone across the giant metal sculpture in a spectacular light display against a backdrop of red, white and blue lights.

The festivities were overseen by special guests, the Civic Mayor of Tameside, Councillor Mike Glover and the deputy Lord-Lieutenant Cdr Janet Evans MBE DL RNR, who were joined by hundreds of hospital staff and students and their tutors from Tameside College. Music was provided by three local choirs, Lets Sing Academy; Willow Wood Hospice Choir and Yew Tree Singers. They were accompanied by Musical Director- Caroline Ratcliffe (Tameside Music Service).

Just after 9pm Piper Ed Arnold joined more that 1,700 pipers across the globe to play Diu Regnare, a piece of music specially written for the Platinum Jubilee beacons celebration by Piper Major, Stuart Liddell, the world’s leading piper. Then it was time for the countdown and the grand switch on.

The choirs then, and in unison, sang the official platinum jubilee anthem – a Song for the Commonwealth, A Life Lived with Grace, written and composed by Lucy Keily, from Australia and Vincent Atueyi Chinemelu from Nigeria following a Commonwealth-wide competition.

The event, which was the first beacon lighting in the UK, was televised by BBC TV and Sky TV and watched by millions of viewers both in the UK and abroad.

Trust Chief Executive, Karen James OBE says it was a great honour to have been chosen to fly the flag for the NHS at such an important event in our history. She says: “We will never see an occasion quite like it again. A platinum anniversary is a remarkable achievement and to be a key part of it was wonderful for both the Trust and the College.”

Bruno Peek LVO OBE OPR, Pageantmaster of The Queen's Platinum Jubilee Beacons, said:  “I am thrilled that the spotlight was on Tameside and that the NHS and college students are came together to create something stunning and unique. The Queen has been a light to the country for 70 years and this was a fitting tribute to her extraordinary reign.” 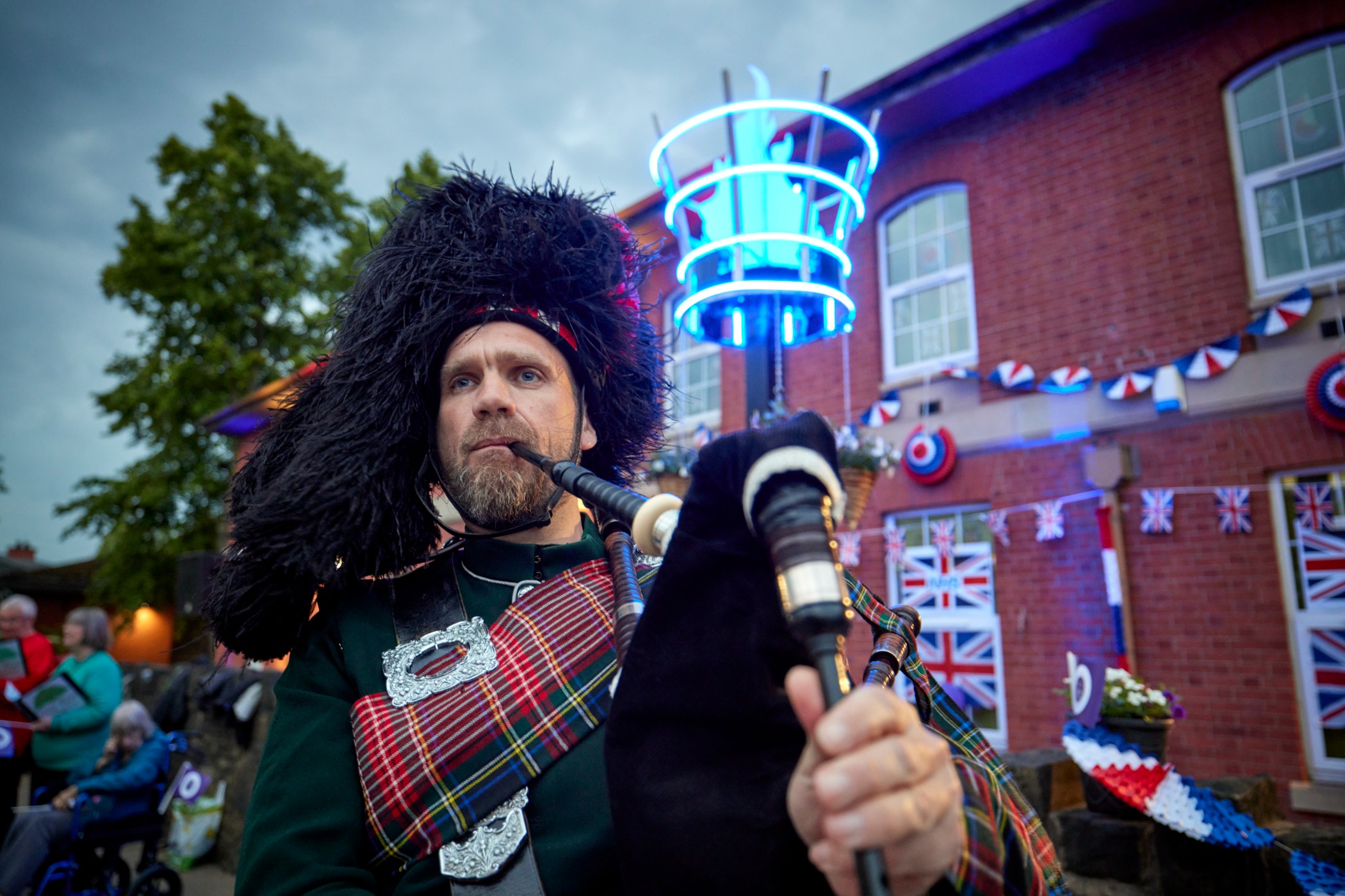